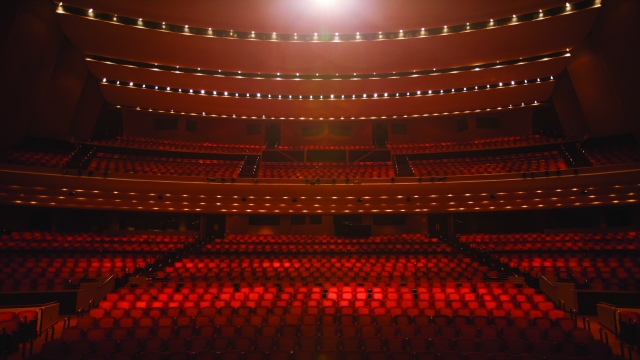 After nearly a year of quarantines, lockdowns and social distancing measures, the physical spaces of entertainment are either adjusting to a new normal or recovering from the financial losses of 2020. As the pandemic continues, Newsy asked people in cinema and live theater: What does the future of entertainment look like?

Starting with movie theaters — an industry that many say was doomed from the start — Newsy chatted with Ted Rogers, the programmer for the nonprofit Ragtag Cinema in Columbia, Missouri.

Rogers: "I don't worry about streaming sort of impacting the theatrical experience. And people will continue to write headlines saying that cinema is dead, … but I don't see it."

In the past year, movie theaters have grappled with inconsistent reopenings, threats of bankruptcy and competition from streaming services like Disney+ or HBO Max — both of which are now sending theatrical titles directly to their online platforms.

But despite those pitfalls, Rogers says he hopes the demand for the collective theatrical experience will keep the industry afloat — at least for independent community cinemas.

Rogers: "This model of chain megaplexes has not been the norm forever. And it has always been independent exhibitors who were really tasked with understanding their audience."

Since reopening with low capacity in June, Ragtag has pivoted to outdoor shows and drive-in screenings to keep their audiences engaged. Rogers says it isn't necessarily ticket sales keeping the venue open but its membership programs, grant funding and community support. That support is a lifeline for other venues, too.

Bill Stephan, executive director of the Lied Center for Performing Arts: "We were projected we were going to have a deficit for this coming year or this current fiscal year. And thanks to donations, we're able to have a balanced budget, which we feel really thankful for."

Broadway in New York City may be shut down until June, but regional theater companies like the Lied Center for Performing Arts in Lincoln, Nebraska, or The Rose Theater in Omaha began reopening both virtually and in-person with limited audiences last year.

Stephan: "We were the first venue in the nation to have a Broadway or Off Broadway show that took place since the pandemic started."

Whitcomb: "We kind of get to pilot the things that will hopefully be the change for everyone else around the country."