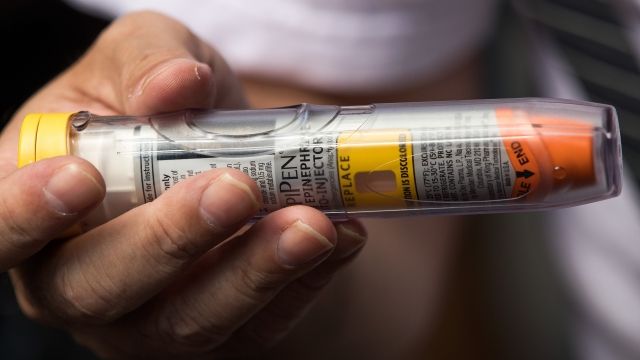 SMS
These 2 Major Companies Are Taking A Stand Against The $600 EpiPen
By Briana Koeneman
By Briana Koeneman
January 13, 2017
Health insurance giant Cigna and CVS Health have made big moves against the pricey brand-name allergy treatment.
SHOW TRANSCRIPT

Two major health companies are taking a stand against the pricey brand-name EpiPen.

Health insurance giant Cigna announced this week it has dropped its coverage of Mylan's $600 allergy treatment in favor of the half-price generic version.

A spokesperson for Cigna said in a statement: "It is positive news for our customers. The generic version, available now in pharmacies, has the same drug formulation and device functionality as the branded medication, but at a substantial cost savings."

And on the same day, CVS Health said it will start offering customers the generic version of Adrenaclick, one of EpiPen's biggest rivals, for just over $100. 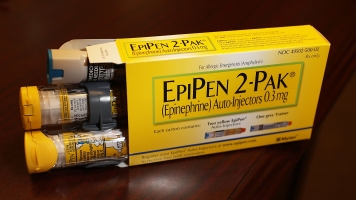 EpiPen Maker May Have Cheated Government Out Of Millions Of Dollars

The drugstore chain said it "recognized that there was an urgent need in the marketplace for a less expensive epinephrine auto-injector for patients with life-threatening allergies."

Mylan drew major criticism last year after news broke that the pharmaceutical company had hiked prices of the EpiPen roughly 400 percent in less than a decade.

But Mylan's CEO told CNBC this week that the company had learned from its decision.

"It absolutely has made Mylan a stronger company, me a stronger leader," Mylan CEO Heather Bresch said.