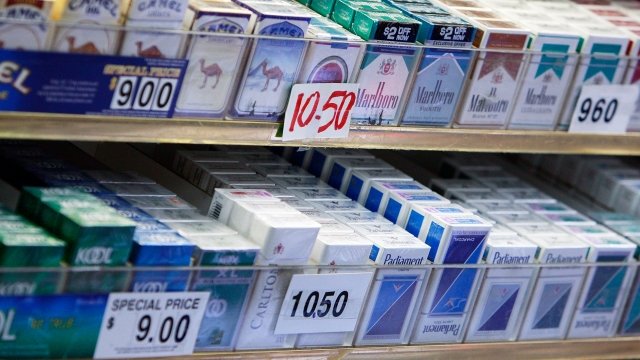 Big tobacco companies are still feeling the effects of a decades-old federal lawsuit about the dangers of smoking.

Cigarette packs sold in the U.S. are now required to have court-ordered statements on them outlining the products' harmful health effects. The deadline for tobacco companies to put those "corrective statements" on packaging is Wednesday.

The requirement stems from a 1999 lawsuit filed by the Justice Department against the country's biggest cigarette manufacturers and tobacco trade organizations. The DOJ claimed the tobacco industry violated civil racketeering laws, defrauding the public about its products' health risks.

A federal judge agreed and ordered the companies to issue what are known as corrective statements in public advertising campaigns. That includes addressing topics like the addictiveness of nicotine and risks associated with secondhand smoke.

Recent data from the CDC estimates more than 480,000 people in the U.S. die each year from the harmful effects of cigarette smoking.