For U.S. Spies, The Coronavirus Pandemic A New Twist 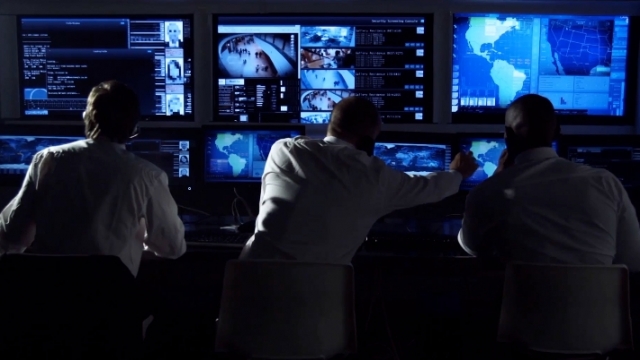 SMS
For U.S. Spies, The Coronavirus Pandemic A New Twist
By Sasha Ingber
By Sasha Ingber
April 15, 2020
Former intelligence workers say lockdowns and stay-at-home orders could slow down the pipeline of human intelligence that spies get from new sources.
SHOW TRANSCRIPT

Spies are working abroad through the coronavirus pandemic lockdowns and stay-at-home orders. Newsy got a look into their secret world -- and the new challenges they’re facing.

"If you're an intelligence officer overseas, a clandestine service officer, and you're trying to meet sources, can you get down to the street to meet them? Can those people get out? Do you worry about the people you're meeting having the virus and keeping yourself healthy?" says John Sipher, a former CIA intelligence worker and the co-founder of Spycraft Entertainment.

A typical workday might mean operating in a combat zone, in poor health systems, and with fewer flights back home. And in cities friendly to the United States, weeks of stay-at-home orders could make it harder for spies to cultivate relationships and recruit sources.

Several intelligence agencies declined to tell Newsy if a plan exists to address potential delays in the intelligence pipeline, but a CIA spokesperson said the agency, quote, “continues to accomplish our foreign intelligence mission.”

"In a certain sense, you get used to dealing with the unpredictable and so things like this, you know, you just sort of go with the flow and try to do your best," Sipher says.

"To some extent, we are ready for this kind of limited personal interaction," Costa says. "We have substitutes with technologies. And I don't want to get into too much what those technologies are."

Another obstacle: The government’s classified system can’t be accessed from home for security reasons. The Office of the Director of National Intelligence, which leads the intelligence community, tells Newsy it’s adjusted by staggering work shifts.

Online, the community has been monitoring a barrage of disinformation by foreign governments and extremists.

"The coronavirus really is one of the first times in which we've seen the Chinese government's use of full scale disinformation operations against, you know, a particular issue that is very much outside of their border," says Cindy Otis, a former CIA analyst, now the managing director of analysis for cybsecurity firm Nisos. "It's primarily about, you know, confusing and obfuscating the origin of the virus and deflecting blame for their role in it -- sort of painting themselves as a hero, actually."

Intelligence workers will be assessing how foreign governments handle the health crisis, from how much protective equipment countries try to acquire to whether they’re reporting accurate infection data.

"Another side of this is just, you know, for the analysts in the IC that are looking at how the disease is spreading, how it's affecting countries, sort of how governments have attempted to hide potentially the number of casualties in their countries," Otis says.

In some parts of the world, the pandemic has led terrorists to increase their attacks and authoritarian regimes to tighten the reins on their people. But in a way, the virus has also leveled the playing field.

"It's going to be really interesting for the United States and its allies to try to figure out what's the best way to look at this. Obviously, in a national health and national security way, but also as we look around the world at our adversaries and friends," says Sipher.

"Suffice to say, our adversaries are dealing with the same constraints that we are," says Costa. "But in this case, we have a bigger intelligence establishment, the United States, and we will be able to take advantage of this environment."