CIA Director Mike Pompeo Confirmed As Next Secretary Of State 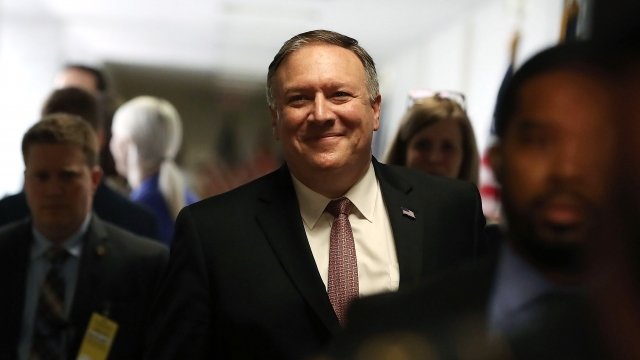 The 57-42 vote came after a handful of Democrats facing re-election in states that voted for President Donald Trump, pledged their support for Pompeo's nomination.

Earlier this week, he got a favorable recommendation from the Senate Foreign Relations Committee — despite Democrats' concerns about his failure to disclose information about a trip to North Korea and what he's said in the past about Muslims and same-sex marriage.

Gina Haspel will take over as CIA acting director. Her confirmation hearing is scheduled for May 9.