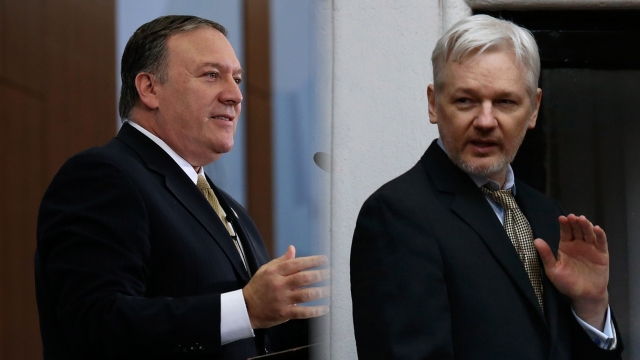 SMS
CIA Director Calls WikiLeaks A 'Hostile Intelligence Service'
By Jake Jones
By Jake Jones
April 15, 2017
In his first public speech as the director of the CIA, Mike Pompeo had some harsh words for WikiLeaks and its founder.
SHOW TRANSCRIPT

"It's time to call out WikiLeaks for what it really is: a non-state hostile intelligence service often abetted by state actors like Russia," Pompeo said April 13 at the Center for Strategic and International Studies in Washington, D.C.

That comment is most likely in response to WikiLeaks releasing thousands of CIA files that showed the extent of the agency's hacking capabilities.

In an op-ed in The Washington Post, WikiLeaks founder Julian Assange likened WikiLeaks to the press and cited historic examples — like the Watergate scandal and the Pentagon Papers.

But that argument may not cut it. Assange is an Australian living in the Ecuadorian Embassy in London. Pompeo says he isn't protected under the U.S. Constitution. More specifically, the right to freedom of speech and press. 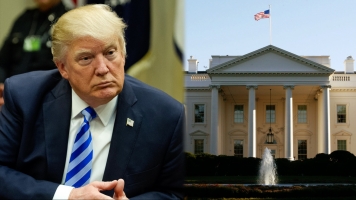 Pompeo's view of WikiLeaks doesn't match what President Donald Trump has previously said. During the campaign, Trump said he was happy WikiLeaks was publishing emails to and from Hillary Clinton's campaign manager.

When asked about the most recent WikiLeaks dump of CIA documents, Trump shifted blame to the last administration.

"By the way, the CIA — I just want people to know — the CIA was hacked, and a lot of things taken. That was during the Obama years, that was not during us," the president told Fox News' Tucker Carlson.