Don't Call It The 'LDS' Or 'Mormon' Church Anymore 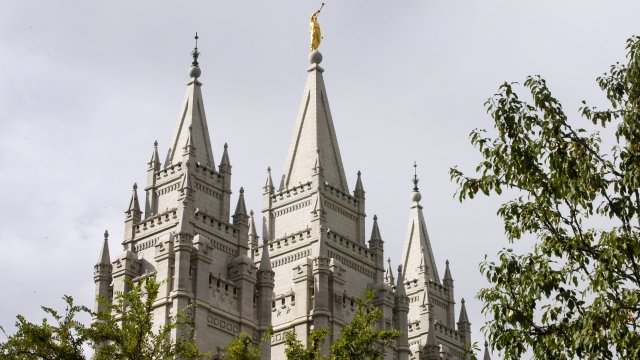 SMS
Don't Call It The 'LDS' Or 'Mormon' Church Anymore
By Cristina Mutchler
By Cristina Mutchler
August 17, 2018
New guidance from the Church of Jesus Christ of Latter-day Saints says people should use the full name of the church instead of shortened nicknames.
SHOW TRANSCRIPT

It's been referred to as the "LDS" or the "Mormon" church — but its leader wants people to start using the official name.

Russell M. Nelson, President of the Church of Jesus Christ of Latter-day Saints, is asking people to stop using those nicknames in place of the full name of the religion.

In a statement Thursday, Nelson said, "The Lord has impressed upon my mind the importance of the name He has revealed for His Church." Church members believe that happened during a revelation from God to church founder Joseph Smith in 1838.

The church provided an updated style guide for acceptable terms. It suggests avoiding using "Mormons" and "LDS Church," and referring to members as "Latter-day Saints."

And while the term "Mormonism" to describe the faith has been deemed inaccurate, one of the church's main religious texts will remain the Book of Mormon.

The change could be tough for members and non-members alike, as the terminology has been used for decades. To be clear, the church has long-requested the use of its full name. But it still accepted some of those nicknames as shorthand. In fact, it's used "Mormon" and "LDS" in official ad campaigns, documentaries and websites. According to Nelson, those websites and materials will be updated to reflect the new direction "in the coming months."

The 93-year-old Nelson ascended to his position in January following the death of the church's former leader. Its presidents are considered prophets who lead the church via revelations from God.