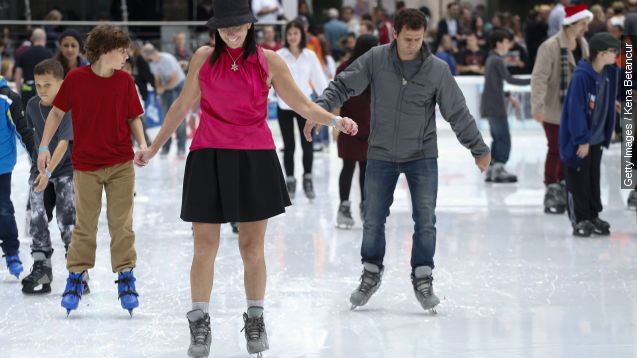 Cities on the East Coast reached record high temperatures on Christmas Eve thanks to a flow of warm air from the tropics.

It's official. It was the warmest Christmas Eve ever on record — at least for many cities on the East Coast.

Meteorologists say a flow of warm air from the deep tropics caused the unseasonably high temperatures. (Video via WMAR)

Last-minute shoppers in New York City were greeted with balmy temperatures. The high Thursday was 72 degrees. To put this in context, the average high temperature on Christmas Eve in the city is about 40 degrees. (Video via ABC)

But on the other side of the country, snow has buried parts of the Northwest. (Video via KIVI)

And the Southeast is recovering after unseasonable severe storms and tornadoes caused miles of damage, killing 14 and injuring dozens more. (Video via NBC)