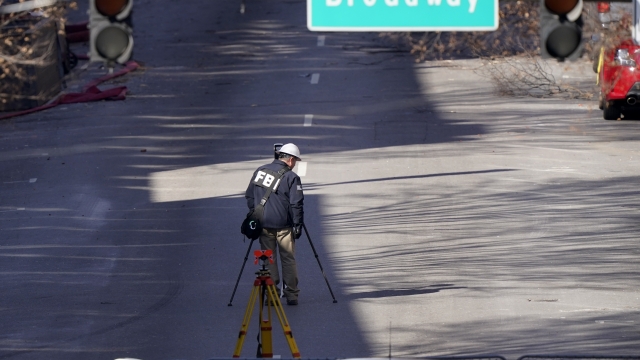 Neighbor quotes bombing suspect saying, "Nashville and the world is never going to forget me."

Days after an explosion rocked downtown Nashville, officials are still trying to figure out exactly why this happened. Police body camera footage shows the moments just after the bomb went off on Christmas Day. A 63-year-old man who was killed in the blast has been named as the suspect. And a family friend says she was shocked to find out that he was involved in the explosion.

A family friend of bombing suspect said: "Never imagined him to be involved in any of this. When I saw his picture, I was like, 'Oh my gosh'. He was all about his family, making sure if they needed anything fixed around the house or anything built, he would help."

An investigation shows the man gave away his car and house in the weeks leading up to the blast.

Police also found the man's RV on Christmas, with a recording saying a bomb would go off in 15 minutes. The blast injured three other people.