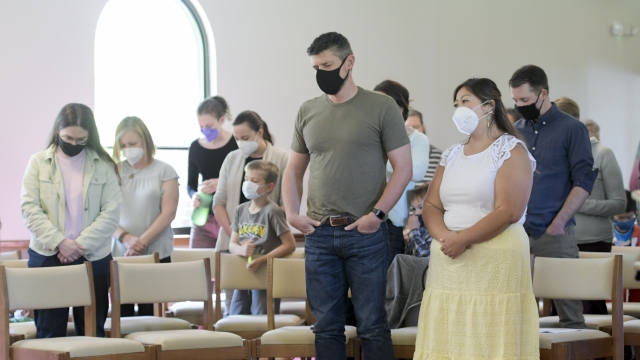 SMS
How Christians Are Coupling Biblical Concepts With Mental Wellness
By Amber Strong
By Amber Strong
September 12, 2022
Leaders in faith and science are trying to bridge the two in the mental health space by providing resources and support to congregations.

According to a study from Lifeway research, 54% of protestant pastors say they have had a member of their congregation diagnosed with a severe mental illness, and the pandemic is only exacerbating the challenges faith leaders are facing.

But mental health experts say the bridge between the mental health community and faith leaders has narrowed, allowing for a partnership among believers and doctors.

Dr. Nii Addy — a podcaster, Yale professor and neuroscientist — has made it his mission to show fellow Christians how science, mental health and faith go hand in hand.

"A lot of what we do in our research is trying to understand what happens in the brain during states of anxiety, states of depression, if people are navigating through addiction," Dr. Addy said. "As I talk about that science, I've heard people say, 'OK, that really gave me more of a sense for why my loved one is acting like this.'"

Christians across the country are finding ways to marry Biblical concepts with with treatment and therapy.

Dr. Peace Amadi, a pastor's daughter, says she grew up knowing all the right verses until college.

She turned that experience into a career as a psychology professor at a Christian university.

Psychologist Archandria Owens says she was once told her faith was a liability in psychology; now she uses Biblical concepts as a tool.

"How do we just manifest and do our best to look at spiritual wellness as a dimension that is crucial in wellness?" Owens asked. "Our brains are so in cue in to looking at what's wrong in the world because we need to be able to predict how to protect ourselves, so this spiritual practice of gratitude, really looking for what's good, changes the brain." 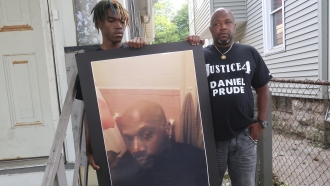 Officers Get New Partners In Effort To Decriminalize Mental Illness

Dr. Addy, Dr. Amadi and Dr. Owens all say they are encouraged to see a greater acceptance of mental health treatment in the religious realm, pointing to the pandemic as well as deaths by suicide among faith leaders as major turning points.

According to a Lifeway Research study, 26% percent of protestant pastors say they are dealing with their own mental health struggles.

Dr. Addy says more pastors are opening up about their own challenges.

The first line of defense in the mental health battle for many religious communities are the pastors.

A Rice University survey of Black and Latino Christians found that most would pray or seek counsel from a pastor if they're in the midst of a mental health crisis.

The Department of Health and Human Service has partnered with churches to make sure leaders have the tools they need, including serving as a branch to mental health professionals.