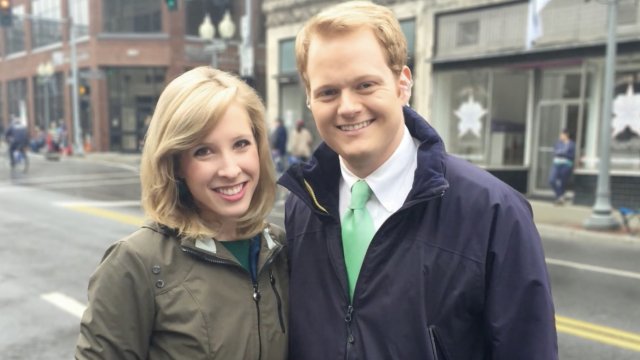 Former news anchor Chris Hurst, whose girlfriend was killed on live TV, was sworn in to Virginia's House of Delegates on Wednesday.

Hurst won the race for Virginia's 12th District seat in November. The event comes about two years after his girlfriend, a reporter in Virginia, was shot and killed during a live shot along with her photographer.

Hurst, a Democrat, says his main priority in office isn't gun control but rather health care and education.

But he did say about his win, "Every single idea that could possibly address and reduce the number of people dying from gun homicide, suicide and accidental fire deaths, I think, is finally on the table."