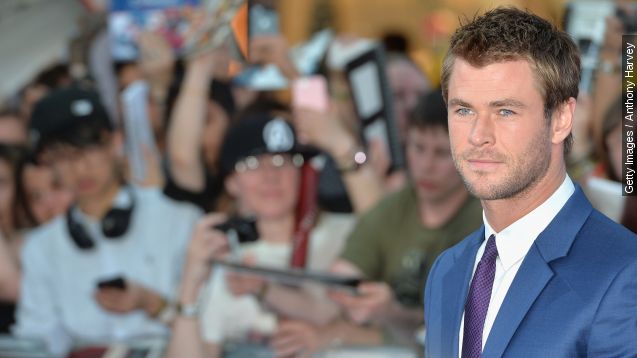 SMS
Chris Hemsworth Paid Off His Parents' Debt
By Matt Picht
By Matt Picht
November 28, 2015
In an interview with The Independent, Liam Hemsworth revealed his brother Chris surprised their parents by paying off all of their debts.
SHOW TRANSCRIPT

In addition to being the god of thunder and a former "sexiest man alive," turns out Chris Hemsworth is also a really nice guy. The kind of nice guy who surprises his parents by paying off all of their debts.

That little tidbit comes from Chris' brother and fellow actor Liam Hemsworth, who sat down with The Independent to promote his new film "The Dressmaker," which is out now. Oh, and he's also got some other big movie out, too.

Liam Hemsworth told The Independent his father "called my brother Chris back and said: ‘I don’t know how to feel. Since I left home, I have had debts and I thought I’d be paying them off until I died.' ... They are so happy now and able to spend more time with us."

And that generous spirit isn't just for family members. Both brothers currently serve as ambassadors for the Australian Childhood Foundation.

Liam's next big project will be the much awaited "Independence Day" sequel, while you can catch Chris in "In the Heart of the Sea," out Dec. 11.