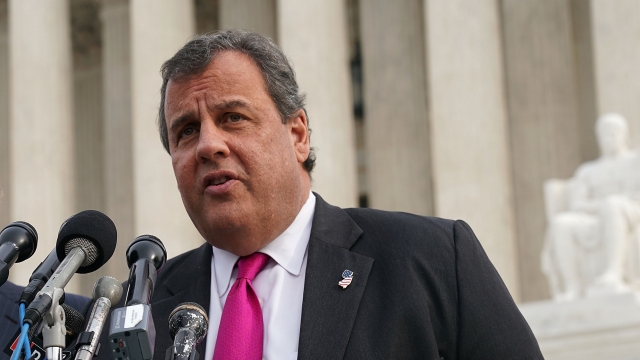 One of the main focal points of the book is his 17 year relationship with President Donald Trump and what he calls 'toxic forces' within the administration.

You didn't hold back in this book, do you think Trump bears some of the blame for keeping these people on his team?

"Sure, he's accountable like every leader is for the people that you have working for you," Christie told Newsy in a sit-down interview. "Even if you don't know exactly what they're doing. So you're not responsible but you're accountable because you put them in a position of authority or power."

Throughout the book, he analyzes the role of many officials close to the president. Christie, who has a notoriously touchy relationship with Trump's son in law, Jared Kushner, says he doesn't believe family members should work as advisers. He also thinks Kushner was behind his ousting from the transition team.

"I think it's having family in formal positions rather than as informal advisers, because I think not only is it difficult if they do something wrong, It's difficult to fire somebody who you have to have thanksgiving dinner with," Christie said.

While he does note some of the President's successes during his first two years in office, Christie says there's room for improvement.

"I think there are some ways where he has the country on the right track I think reducing taxes and giving people more of their own money, reducing regulation to help business grow more jobs," Christie said. "I think we're going to see another really strong jobs number in January." Christi noted. "There are some ways where we haven't dealt with things correctly, I think or effectively,  whether it's on health care, immigration or some issues of foreign policy. We need to do better," he said.

The former governor who says he will support the President in the next election isn't ruling out a future political run of his own. He says that sense of determination has stuck with him since he got into politics at a young age.

As for 2020, Christie has his eye on one Democrat he believes could have a real shot at taking the presidency from Trump.

"I think I'd have to be most concerned about the vice-president, about Vice-President Biden. He's got a long career, he's got a lot of chits out there with Democrats all over the country that he's done a lot of good works for over the course of time," Christie said.

And I think he's one of the people in that side of the aisle that can really go after the working class white voters that helped to attract, elect Donald Trump in places like Pennsylvania where he was born in Scranton, Wisconsin, Michigan, Ohio. I think they need break up that axis for the President or they're not going to have a chance to beat him