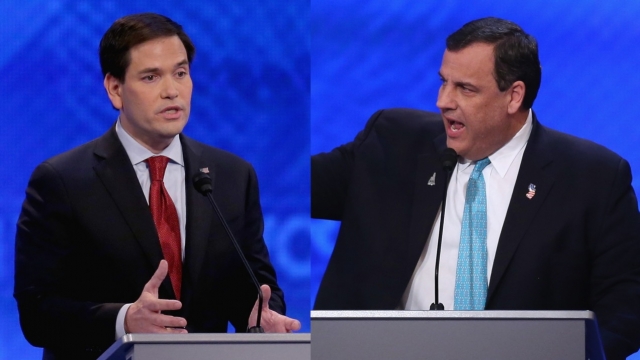 "You have not been involved in a consequential decision you had to be held accountable. You just simply haven't," said New Jersey Gov. Chris Christie.

New Jersey Gov. Chris Christie continues to question if Marco Rubio has the experience to be president.

Rubio tried to fight back against the attack three different times — with basically the same line.

"Let's dispel, once and for all with this fiction that ..." said Marco Rubio.

"This notion that Barack Obama doesn't know what he's doing is just not true," Rubio explained.