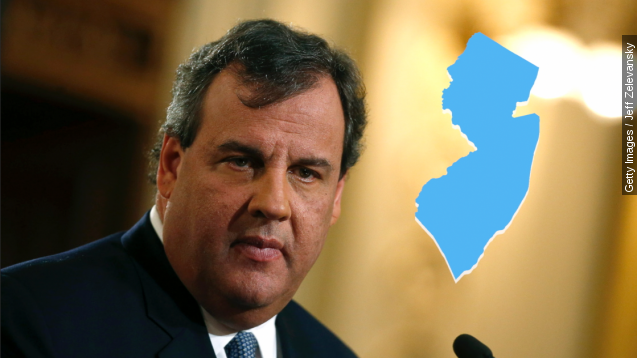 The gratitude might be premature. Chris Christie's approval ratings in the Garden State are low. (Video via Chris Christie for President)

As in, 30 percent low, according to one recent poll.

That's just not embarrassing for the governor — that's potentially problematic for his 2016 ambitions. As history has shown, poor home-state polling rarely bodes well for a candidate.

Since 1952, only four presidential candidates have lost their home states. Of those four, all lost the general election.

There was Adlai Stevenson, who couldn't hang on to Illinois during either of his presidential bids. (Video via The U.S. National Archives and Records Administration)

Mitt Romney rounds out the list. In 2012, a whopping 60 percent of Massachusetts voters picked President Obama over their former governor. (Video via Romney for President)

Rather than look to Romney, Chris Christie's supporters are making another comparison.

John McCain's campaign was practically written off in the summer of 2007. That is, until he made a late-in-the-game comeback, just in time for the New Hampshire primary. (Video Ohio Republican Party)

McCain, by the way, did win his home state of Arizona.

The presidency? That's a different story. (Video via C-SPAN)

This video includes an image from Getty Images, the U.S. Library of Congress, the U.S. Department of Defense and the U.S. National Archives and music by Podington Bear / CC BY NC 3.0.