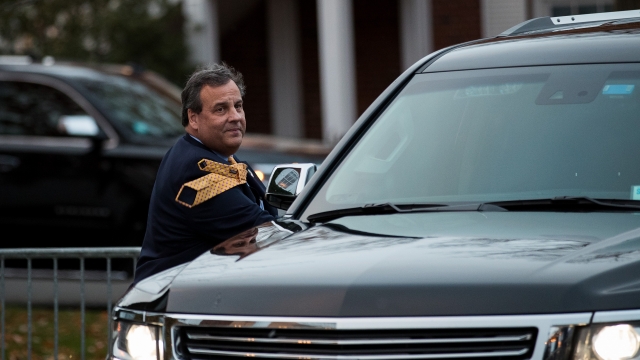 SMS
Chris Christie Still Has (Some) Hope Of Working In The White House
By Jake Jones
By Jake Jones
December 27, 2016
As Gov. Chris Christie's approval rating hits the floor, some of his closest aides still think he has a chance in the political arena.
SHOW TRANSCRIPT

It hasn't been a good year for Chris Christie. But his closest friends still have hope.

After the New Jersey governor dropped out of the presidential race, he was criticized for supporting Donald Trump, who mocked him during the primary.

The bromance led many to believe Christie would get a job in Trump's administration, but he was passed up for coveted roles like vice president or attorney general.

After Trump won the presidency, Christie briefly ran the transition team before getting fired.

Rumors circulated that Christie had been offered a wide range of positions, including Homeland Security secretary, Veterans Affairs secretary and ambassador to Italy.

All this was happening while Christie was in hot water back home for his ties to the George Washington Bridge scandal. Two of his former aides had been convicted. His approval rating in New Jersey has settled around 18 percent.

His close friends told The New York Times they foresaw the Trump White House falling in disarray under Reince Priebus, Steve Bannon and Jared Kushner. That could lead Trump to look for more experienced management, which might lead him to Christie.

But in a showing of just how unpopular the governor is, a New Jersey bill that would allow Christie to profit from book sales and also hand out a raise to hundreds of public officials was shot down. Some took to calling it Christie's "revenge bill." It included a provision that would eliminate a requirement that local governments pay to publish legal documents in newspapers — something that kept the bridge scandal a topic of conversation.

But if that doesn't work out, Christie has spent several mornings guest hosting a New York sports radio show. Some say he could step into a long-term role there if his political career falls through.