Chris Brown Kicked Out Of Rehab, Ordered To Get More Help 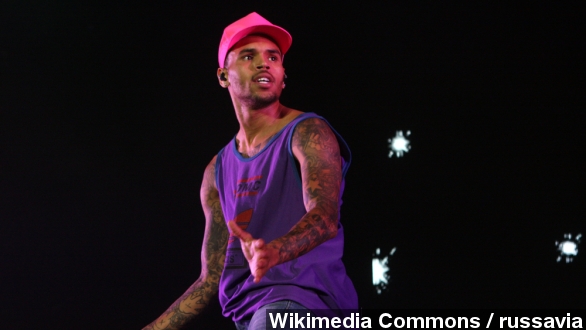 SMS
Chris Brown Kicked Out Of Rehab, Ordered To Get More Help

By Briana Koeneman
November 21, 2013
A little more than a week after Chris Brown checked out of rehab, he was ordered to go right back.
SHOW TRANSCRIPT

Well, that didn't last long. A little more than a week after Chris Brown checked out of rehab, he was ordered to go right back.

Brown was reportedly shown the door at an anger management rehab facility in Malibu on Nov. 10 because he threw a rock through his mother's car window during a family therapy session. Yeah. (Via E!)

According to Brown's probation report, his mom was trying to convince him to stay at the facility for extended treatment. But he wasn't having any of that and chucked a rock at her car. (Via RCA Records / Chris Brown)

So, the singer didn't leave rehab on his own — he was kicked out.

Even though a spokesperson for Brown confirmed to several media outlets earlier this month that he left the facility to continue his treatment as an outpatient. (Via People)

But Breezy managed to escape jail time once again. In court Wednesday, a judge ordered him to get more help. He must now complete 90 days of rehab and submit to periodic drug testing. (Via TMZ)

Brown also has to stay in Los Angeles County during his treatment and continue with his community service by serving 24 hours a week, which is leftover from his 2009 assault against then-girlfriend Rihanna. (Via American Music Awards)

But he's not out of the woods just yet.

Brown still could still face a probation violation charge because of his arrest in Washington, D.C. last month after he allegedly punched a man. A violation could put him behind bars. (Via Los Angeles Times)

He was put on probation after pleading guilty to a felony charge that resulted from his attack on Rihanna. (Via The Guardian)

Brown is expected to return to court on Dec. 16, where his probation officer will present a detailed report about this latest incident. From there, the judge will decide if his probation should be revoked.