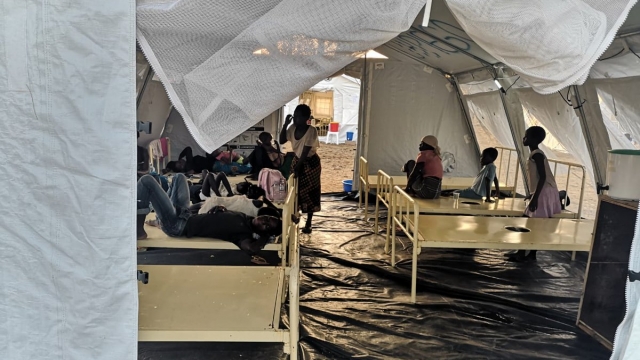 The number of cholera cases in Mozambique has spiked in a matter of days after a cyclone hit the country earlier this month.

Health officials confirmed the first five cases of the disease on Wednesday. As of Friday, that number is up to 139.

Cholera can be caused by unsafe food or drinking water and a lack of sanitation. It causes diarrhea and can be deadly if left untreated.

To combat the disease, the World Health Organization says over 900,000 cholera vaccines and 21 Emergency Medical Teams were sent to Mozambique. In the city of Beira, officials say they fear the cholera outbreak could spread.

"No this is chaotic. It's what we've been living from day one. But our approach has been saving lives. What we did in city of Beira is restore water ... The risk of an outbreak of cholera in this city is very high," said Celso Correia, Mozambique's environment minister.

Cyclone Idai made landfall March 14 in central Mozambique. The storm brought heavy rains and sustained winds measuring more than 100 miles per hour. It's killed over 750 people across southern Africa, and that number is still expected to rise.