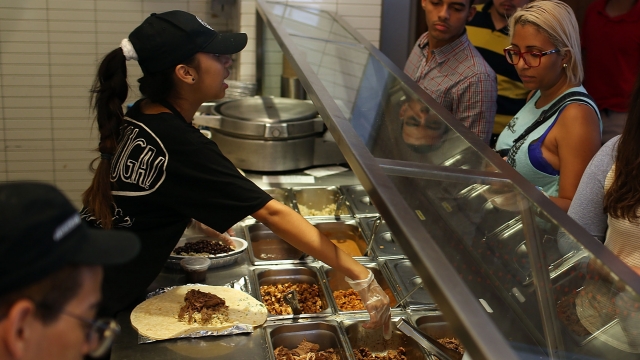 SMS
Drone-Delivered Chipotle Burritos Are Coming To Virginia Tech
By Samantha Crook
By Samantha Crook
September 8, 2016
An offshoot of Google's parent company chose food as the cargo because of the challenges it presents — like temperature control.
SHOW TRANSCRIPT

"The next phase is to take the momentum and enthusiasm we've built internally and now drive it toward enabling the dream of delivering stuff more quickly," Dave Vos said in a Project Wing video.

Project Wing comes from the same initiative as Project Loon — the balloon-powered Wi-Fi project to provide internet access to rural and remote parts of the world.

Project Wing chose food as the cargo for the tests because of the challenges it presents — like temperature control.

Drone-delivered burritos won't be available for all students on campus. Bloomberg reports tests will include a select group of Virginia Tech employees and students.

Why Virginia Tech? The school is one of the Federal Aviation Administration's approved test sites for unmanned aircraft, and the data it collects could inform future FAA policies about drones.