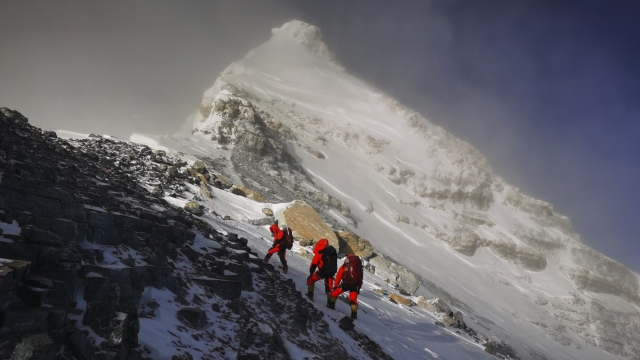 A Chinese team of surveyors reached the peak of Mount Everest on Wednesday as it remeasures the world's highest mountain.

They're the first climbers to do so amid the coronavirus pandemic, and they could end up being the only climbers to summit the mountain all year.

China and Nepal have both banned foreign climbers from Mount Everest — which falls on both borders — to prevent COVID-19 spreading. Nepal has canceled all expeditions, while China has allowed its citizens to climb.

The 53-member team from China's Ministry of National Resources started its research in early March and began its ascent to remeasure the peak in April.

China and Nepal have both measured Mount Everest before, but their numbers differed by about 13 feet. Back in 2005, China measured it to be about 29,015 feet tall, excluding the snow cap. Meanwhile, Nepal says it was 29,028 feet tall, including the snow cap, after a survey of India during British colonial rule.

According to the BBC, Nepal has been conducting its own measurement since 2017 using data from modern and traditional technologies. It's not clear when it'll settle on a number, but Nepal and China previously agreed they'd announce Mount Everest's height together.