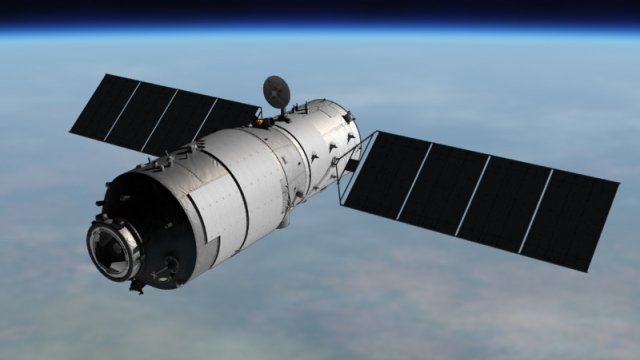 Tiangong-1 was the first space lab China put into orbit. But as Newsy previously reported, the station stopped responding to commands in 2016. So while scientists could estimate, they didn't know exactly when or where it would re-enter Earth's atmosphere.

The spacecraft, which weighed more than 9 tons, is not the largest object launched by mankind to re-enter the atmosphere.

That record is held by the Russian Mir space station, which officials successfully guided to its end over the Pacific Ocean back in 2001. It weighed roughly 140 tons.