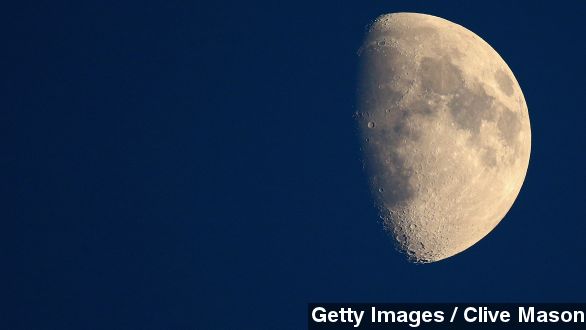 SMS
Chinese Probe Returns After Disastrous Week For Space Travel
By Ben Lawson
By Ben Lawson
November 1, 2014
An unmanned Chinese space craft has returned from Earth after doing a flyby of the moon, becoming the first to do so in four decades.
SHOW TRANSCRIPT

It has been a pretty rough week for U.S. space travel.

Virgin Galactic's SpaceShipTwo broke apart during a test flight leading to the death of one pilot and serious injuries for another. The cause of that crash is still being investigated.

And just days before, the Antares resupply rocket was intentionally exploded seconds after takeoff after a critical problem was discovered.

But there's been at least one success story in space to emerge this week, and it comes from China.

An unmanned Chinese probe returned safely to Earth Saturday night after an eight-day flight. The mission was designed to test out technology for use in a future project aiming to collect lunar samples and bring them to Earth.

The probe did a flyby of the moon, snapping some pretty cool photos in the process, and then returned from home. This marked the first time in nearly forty years that a spacecraft returned to earth after traveling around the moon.

An engineer for the mission told state-run news agency Xinhua that the most challenging aspect of the mission was slowing the craft during re-entry.

The probe was designed to essentially "bounce" off Earth's atmosphere — much like a rock skips on water — to reduce its speed. Hitting the atmosphere at the wrong angle would have resulted in mission failure.

This is part of a larger push into space exploration that China started in 2007. The Telegraph writes "Saturday’s landing is the latest advance for a space program that China’s leaders see as an important way of commanding international respect."

China hopes to complete a mission that would bring lunar rocks and dirt to Earth by 2017 and hopes to put people on the moon sometime in the 2020s.