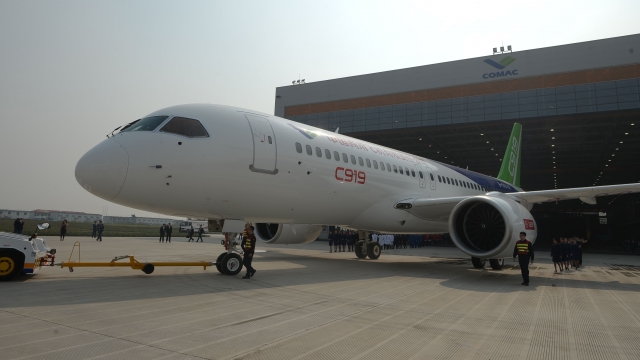 SMS
China Is Trying To Do Something Few Nations Have — Make A Big Airliner
By Ryan Biek
By Ryan Biek
May 4, 2017
The first flight for the Chinese state-owned C919 is scheduled for Friday.
SHOW TRANSCRIPT

Only seven countries have ever developed homegrown airliners. China wants to make it eight.

The country's first-ever commercial jet is scheduled to make its maiden flight Friday.

This doesn't mean the state-owned C919 will be taking passengers right away. First, it must pass a battery of safety tests.

But a successful flight on Friday would be an important step in selling the planes to airlines.

Right now, most of those waiting to buy C919s are located in China, but that's also where the most money is expected to be.

Thanks in part to its growing middle class, China boasts the fastest-growing aviation market. 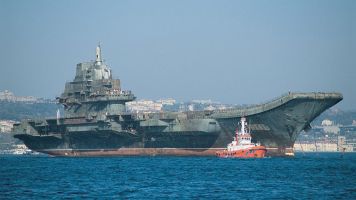 China's New Unveiling Might Have The World Taking Notice

It's expected to overtake the U.S. as the largest commercial market in less than a decade.

Analysts don't believe the C919 will threaten Airbus' or Boeing's dominance. But because the Chinese market is so huge, the makers of the C919 expect to sell thousands of planes by 2037.

And that could still be worth hundreds of billions of dollars.