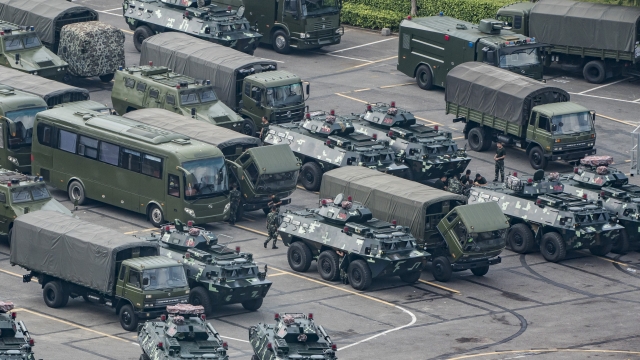 China's paramilitary force has been seen gathering near the Hong Kong border this week to conduct crowd control drills. It comes as protests continued in Hong Kong for the 10th week.

Their presence just miles from Hong Kong has caused speculation that Beijing is considering sending forces over the border.

Protests in Hong Kong started in early June over a now-suspended extradition bill, which would have allowed China to extradite suspects from Hong Kong. But the protests have grown to include issues like police brutality and calls for Hong Kong's leader to step down.

So far, there is no confirmation Beijing is planning to send paramilitary troops to Hong Kong to intervene.