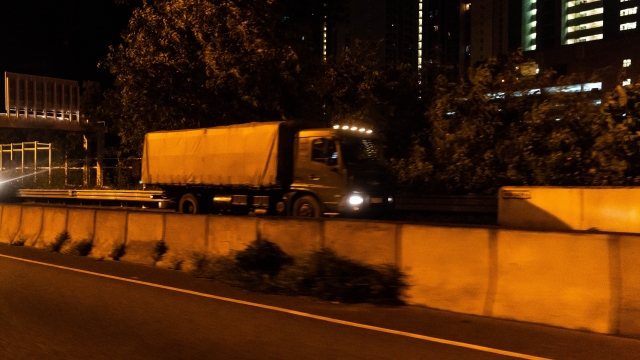 Chinese military vehicles were spotted crossing into Hong Kong in the early hours of Thursday.

Chinese state media later issued a report about the rotation of People's Liberation Army troops to the Hong Kong garrison, describing it as an "annual normal routine."

The troop movement comes after Hong Kong police denied permission for protesters to hold a mass rally on Saturday. It also follows weeks of concern that China may deploy its military to tackle unrest in the region.

Demonstrators have been protesting for three months now. The rallies were initially triggered by a now-suspended extradition bill, which would have allowed China to extradite suspects from Hong Kong. But the protests have since evolved into a larger movement calling for democratic reforms.

Earlier this week, Hong Kong leader Carrie Lam told reporters she had not ruled out the possibility of using emergency powers to deal with the protests.