This Chinese Immigrant Founded A Pro-Trump Movement — Here's Why 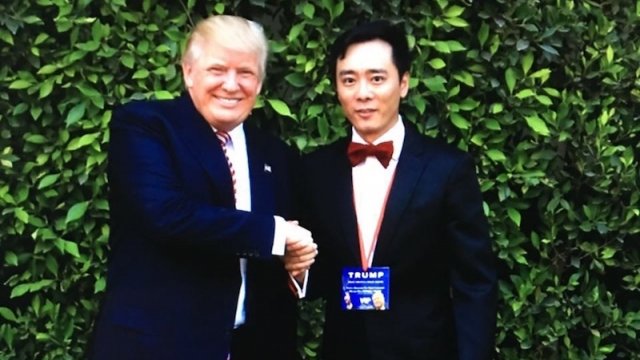 SMS
This Chinese Immigrant Founded A Pro-Trump Movement — Here's Why
By Ben Schamisso
By Ben Schamisso
May 3, 2018
The leader of Chinese Americans for Trump says many immigrants strongly support Trump's stance on illegal immigration and affirmative action.
SHOW TRANSCRIPT

Chinese Americans for Trump, or CAFT, is a coalition of a few thousand conservative volunteers across the U.S. The group gained attention in the months leading up to the 2016 election by paying for pro-Trump billboards and aerial banners in dozens of cities.

"Obviously there are, for example, white people, black people, Asians and Hispanics, but I think we're all Americans, and Trump brings that out, you know; he is a uniter; he is a real American; and that's what I really liked about him," said David Wang, the movement's founder.

"And his values — his immigration values, his domestic values, foreign values — are very in line with what Chinese Americans think."

Wang came to the U.S. in 1999 to study, and he has lived here ever since. He has a green card and is currently applying for citizenship. He says he and other CAFT members have long felt alienated by Democrats' stance on illegal immigration and that supporting President Donald Trump felt very natural.

Wang said: "See, he doesn't like illegals. Well, I'm legal. I am a legal immigrant. I have done everything right. Everything I have done, it has taken me years — years — to get that green card. We're talking about a 10-year plus journey for Chinese Americans to become legal. And we celebrate that day when we become legalized. So this is what we don't like about illegal immigrants. They should have taken the right path, taking the legal path. Now if they do that, I celebrate them. They are diversity, and I celebrate diversity."

Another issue Wang blames Democrats for is what he calls "racism in the name of affirmative action." The Chinese immigrant says such policies often discriminate against Asian-Americans in order to give preferential treatment to other minorities. Mentioning a defeated California bill that would have lifted the ban in public colleges on the use of race in recruitment, Wang said affirmative action makes it harder for Asian students to get into college. The topic has long divided the Asian-American community. 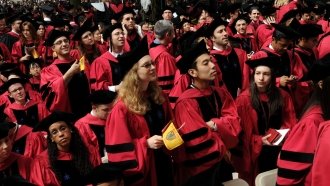 How Asian-Americans Fit Into The Affirmative Action Debate

"Democrats don't care about us; they want to take our power away and give it to other people," Wang said. "For example, Hispanics or other people who has a larger voting poll, and I thought, that's not fair. Because what I'm doing here: We're not trying to create an advantage for Asian-Americans; we're just trying to get back to fair grounds."

Wang supported Obama in 2008 and says he has no issues discussing his views with the vast majority of Asian-Americans who voted for Hillary Clinton in 2016.

"If someday somebody can convince me otherwise, maybe I'll become a Democrat. Who knows?" Wang said.

But for now, Wang's support for Trump is as steady as it gets. 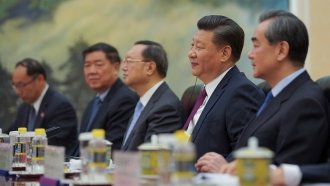 Trump Calls For Another $100B In Tariffs On Chinese Goods

"In person, he's not as assertive as he is on TV. He's more like a really down-to-earth, very loving grandpa-ish guy. Everybody loved him. Then, some of us even felt in tears because you know this is the guy who we believed was going to win the election, and back then he was just a candidate."

A year and a half after the election, Wang says he still stands by absolutely everything Trump has done both substantially and stylistically.

"I stand 100 percent behind him even though I'm Chinese-American and some folks in China feel like he's not too friendly with China over the trade war thing that's going on," Wang said.

As for his current political goals, well, it's all in the name of the group he founded.