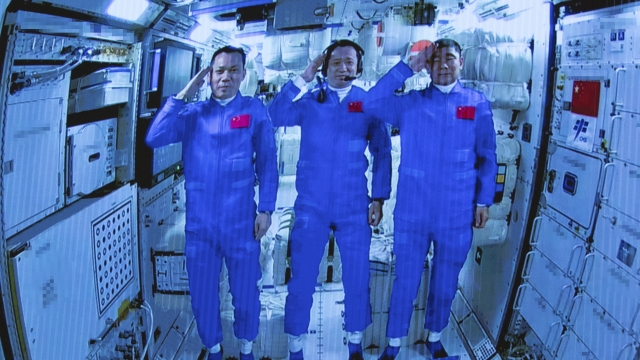 The mission is a huge source of national pride. It’s put Chinese astronauts back in space after a five-year hiatus.

China’s space program is barred from the International Space Station due to U.S. concerns over secrecy and ties to the military. In fact, all of China’s astronauts have been recruited from its military.

So, China built its own space station. Authorities say it’s “cutting edge” and built to outlast the I.S.S., set to go dark as soon as 2024.

Three months from now, a fresh three-member crew will head to the space station, as well as a cargo ship with supplies.