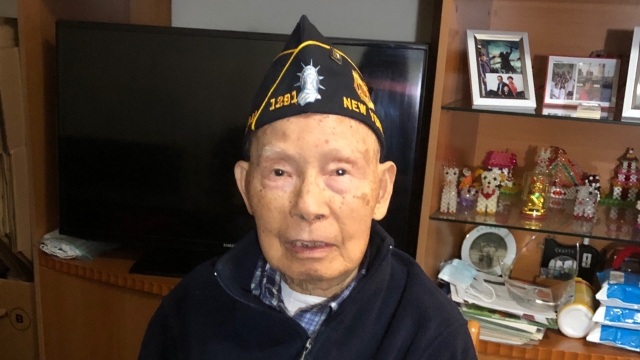 "No, kidding," says 98-year-old veteran Kim Wing Ngai, who served in the Army as a radio technician. His daughter Susan Lin says, "He doesn't believe it. ... It's an honor, and I'm sure he's very happy."

"My initial response was, thank goodness that we still have some World War II veterans that are still alive that can receive this honor and recognition, because it's way past due," says E. Samantha Cheng, program director of the Chinese American WWII Veterans Recognition Project.

Cheng helped this moment happen. The project began in 2016, when there were about 500 Chinese American World War II veterans living. Now she says they're less than 50.