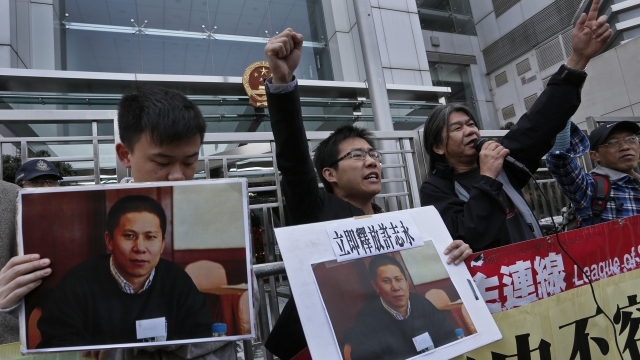 SMS
Chinese Activist Facing Up To 15 Years For Criticizing Xi Jingping
By LeeAnne Lowry
By LeeAnne Lowry
March 8, 2020
The activist's friends told media outlets he's facing a state security charge that could put him behind bars for 15 years.
SHOW TRANSCRIPT

A Chinese activist could spend years in jail for accusing President Xi Jinping of mishandling the country's coronavirus outbreak.

Legal scholar Xu Zhiyong published an essay last month that pushed for Xi to step down over the outbreak. The activist was arrested and now his friends say he's being secretly detained, without access to a lawyer. The friends told media outlets he's facing a state security charge that could put him behind bars for 15 years.

China's been hit with a lot of criticism for its early response to the coronavirus. At first, the government tried to downplay the seriousness of the situation.

Since then, Xi has told the public the outbreak exposed the country's "shortcomings," acknowledging it is a crisis and a major test for the country. He said there will be short-term pain for China but promised stimulus packages to help businesses.

Mainland China has seen the bulk of worldwide coronavirus cases, with over 80,000 confirmed.