China Won't Allow US Warship To Make Port Next Month 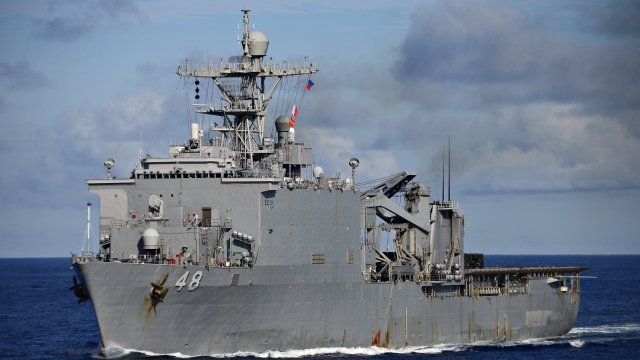 SMS
China Won't Allow US Warship To Make Port Next Month
By Katherine Biek
By Katherine Biek
September 26, 2018
The denial comes after the U.S. sanctioned one of China's military units over its purchases of Russian fighter planes and missile equipment.
SHOW TRANSCRIPT

The Chinese government is not going to allow a U.S. Navy warship to dock in Hong Kong.

Neither the U.S. nor China gave a specific reason for why the USS Wasp and its more than 1,000 sailors were denied a port visit in October.

But Beijing's decision follows the Trump administration sanctioning one of China's military units and its director over its purchases of Russian fighter planes and missile equipment.

A spokesman for China's Foreign Ministry said the government approves visits on a case-by-case basis.