China Will Build A Memorial For Tianjin Explosion Victims 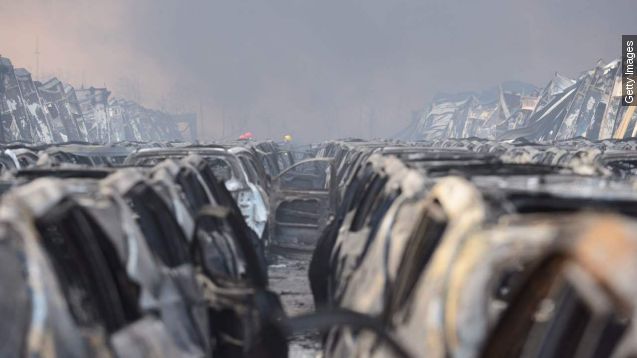 The death toll in China's massive Tianjin explosion has risen to 161 with 12 still missing. A monument is reportedly being planned for the site.

The death toll from the massive Tianjin explosion has gone up to 161. Twelve are still missing.

To commemorate the dead, a monument will be built at the site. According to China's state-run Xinhua news agency, a primary school, kindergarten and park will also be built at the blast site.

So far, Chinese officials have arrested or begun investigations into 23 suspects in connection to the explosion. (Video via People's Daily)

Chinese media reported 12 of the suspects were detained in late August and faced accusations of illegally storing dangerous materials. (Video via BBC)