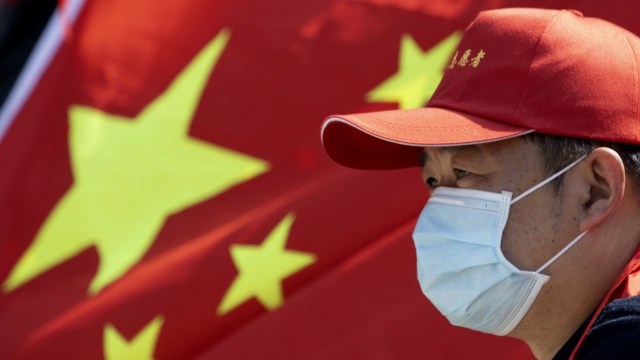 An internal Chinese government report warns Beijing should be concerned about global backlash over its handling of the coronavirus outbreak.

That's according to Reuters sources who say the report by the Ministry of State Security suggests China needs to prepare for more conflict, including the worst-case scenario of an armed confrontation. The report said anti-China sentiment is the worst it's been since the Tiananmen Square incident in 1989, when an unknown number — anywhere from hundreds to thousands of civilians — were killed by Chinese troops.

The U.S., United Kingdom and other countries have called for an investigation into China's response to the virus when it was still within its borders. The Chinese government is being accused of ignoring warning signs and silencing doctors who tried to sound the alarm early on in the outbreak. And a U.S. intelligence report accuses China of deliberately withholding information from the world to give itself time to hoard medical supplies.