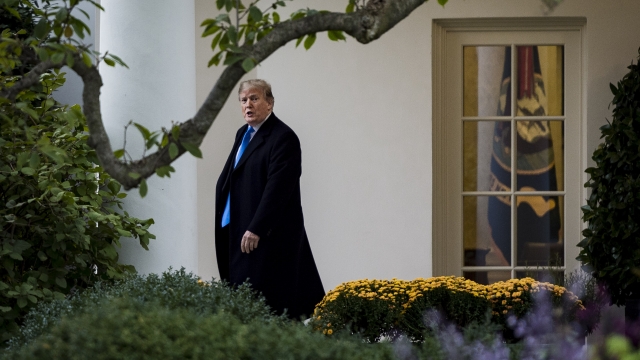 A spokesman for China's Foreign Ministry told reporters, "We urge the US to grasp the situation, stop its wrongdoing before it's too late, and immediately take measures to prevent this act from becoming law."

He was referring to the Hong Kong Human Rights and Democracy Act. It would require Washington to assess Hong Kong's status as an independent U.S. trading partner each year, as well as impose sanctions and other penalties against those who are undermining the city's autonomy.

The House of Representatives overwhelmingly passed the measure on Wednesday — just one day after lawmakers in the Senate unanimously approved it.

Those measures now head to President Trump's desk. The White House has not indicated if he plans to sign them into law.

If the president does sign, he runs the risk of alienating China at a time when the two countries are trying to negotiate a trade deal.

But if President Trump ends up vetoing the bill, U.S. lawmakers will likely have the two-thirds majority needed in each chamber of Congress to override his decision.