China Unveils Ambitious Plans To Become A Soccer Powerhouse By 2050 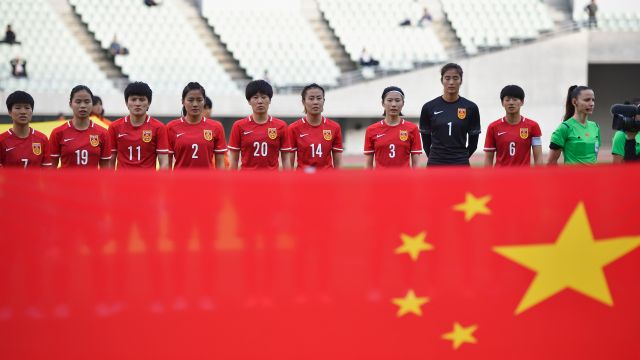 SMS
China Unveils Ambitious Plans To Become A Soccer Powerhouse By 2050
By Matt Moreno
By Matt Moreno
April 12, 2016
Officials in China want to have 50 million Chinese citizens playing soccer by 2020 and to become a "world football superpower" by 2050.
SHOW TRANSCRIPT

China is laying out ambitious plans to become a soccer powerhouse in the near future.

In a new plan released by the Chinese Football Association, the country says it hopes to have 50 million Chinese citizens playing soccer by 2020 and to become a "world football superpower" by 2050.

Other proposals laid out include having 20,000 soccer training centers and 70,000 soccer fields in place in the next four years.

China's recent dedication to soccer has only intensified under President Xi Jingping, who's known to be a huge soccer fan.

But as it stands, the Chinese men's national team needs some work. It's ranked 81st in the world soccer rankings right now and hasn't qualified for a World Cup since 2002.

The women's team fares a little better, though. It sits 12th overall in the world rankings and made it to the quarterfinal round in last year's World Cup.

Still, the men's team has been improving for a while.

As state-run news agency Xinhua points out, several elite club managers have praised China's recent dedication to soccer, with one saying China could win the World Cup in the next "10 or 15 years."

This video includes clips from CCTV, CTV and the Asian Football Confederation, and images from Getty Images.