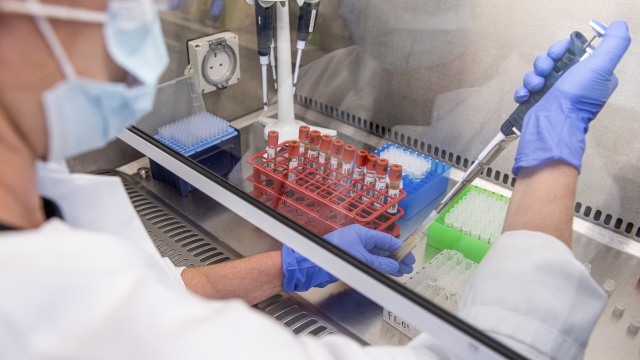 SMS
2 More Vaccines Show Promise As Global Race Grows Tense
By James Packard
By James Packard
July 20, 2020
New trials will start for a Chinese vaccine; another in the U.K. had good early results. They're two of more than 200 in development across the world.
SHOW TRANSCRIPT

Research published in The Lancet medical journal Monday showed good early results for two vaccines in the U.K. and China. The U.K. vaccine, coming out of the University of Oxford, stimulated an immune system response that built up both antibodies and T-cells, a sign of a strong vaccine candidate. Now, researchers need to determine just how effective their vaccines could be. Meanwhile, Russia is touting its own research amid allegations it's hacking other groups working toward an immunization.