China's Going To Temporarily Reduce Tariffs On US Auto Imports 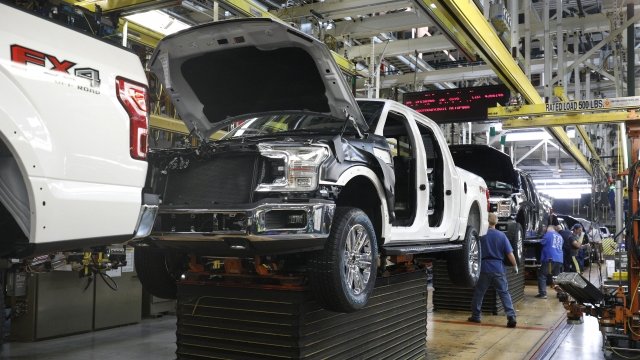 China announced it's going to temporarily reduce tariffs on $126 billion worth of cars, trucks and auto parts made in the U.S.

China raised tariffs on imported U.S.-made vehicles and auto parts over the summer to 40 percent, up from 15 percent as part of its trade battle with the U.S.

The two countries have implemented tariffs on hundreds of billions of dollars of each other's goods. But earlier this month, President Donald Trump and Chinese President Xi Jinping agreed to a short-term trade truce.

As part of that truce, the Chinese Finance Ministry said Beijing will reduce those auto tariffs back down to 15 percent starting on Jan. 1. The suspension will last for 90 days.

Meanwhile, President Trump's agreed not to move forward yet with a planned tariff increase on $200 billion of Chinese goods while the two countries negotiate.