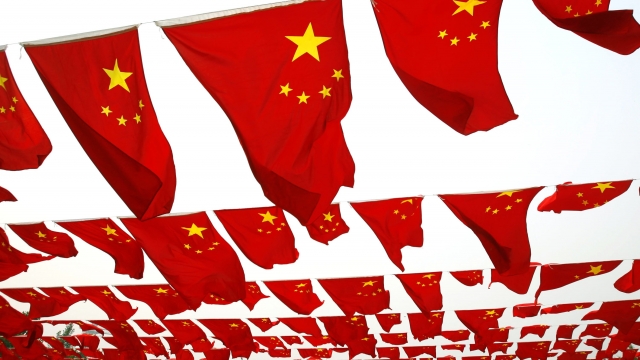 The Chinese Ministry of Finance said retaliatory tariffs on some U.S. goods will be reduced from 10% to 5% and on others from 5% to 2.5%.

China plans to cut tariffs on $75 billion worth of goods it imports from the U.S.

The Chinese Ministry of Finance said Thursday that retaliatory tariffs on some U.S. goods like pork and soybeans will be reduced from 10% to 5%. And duties on other goods – like auto parts and crude oil — will drop from 5% to 2.5%. These tariff cuts are scheduled to take effect on Feb. 14.

As part of that agreement, the U.S. agreed to delay new tariffs on $160 billion in Chinese imports as well as slash some tariffs in half. In exchange, China promised to purchase about $200 billion worth of U.S.-made goods and tighten its intellectual property rules.

In a statement, the Ministry of Finance said, "The next steps depend on the development of the Chinese-U.S. economic and trade situation. We hope to work with the United States toward the final elimination of all tariff increases."

After this tariff decrease goes into effect, Chinese tariffs will still remain on roughly $35 billion worth of American goods. The U.S., meanwhile, is still taxing about $360 billion worth of Chinese goods.

Additional reporting from Joe McDonald of the Associated Press.