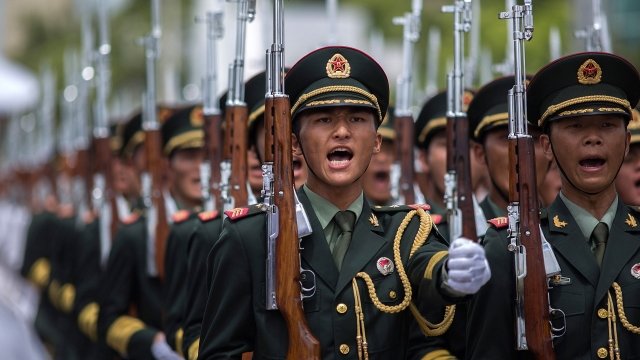 SMS
China Just Put Its First Foreign Military Base Here
By Jake Jones
By Jake Jones
July 12, 2017
The base's location overlooks one of the most strategic shipping lanes in the world.
SHOW TRANSCRIPT

China is opening its first overseas military base in one of the world's most strategic locations.

The base will be in Djibouti, Africa, which sits on the Horn of Africa and overlooks a main shipping lane for oil from the Middle East.

The small African nation already houses military bases operated by the U.S., Japan, France and others.

And military expansion isn't China's only move to become an even larger global player. President Xi Jinping has pledged $124 billion to start a 21st century Silk Road, which would physically connect about 60 percent of the world's population and 30 percent of its GDP.

China also seems to be moving toward clean energy. Xi signed an agreement with European leaders to base their economies on low-carbon sources.

The base is seen as a next step in China's investment in Africa as well as its push to expand and modernize its military. Chinese ships headed for the new base on Tuesday. So far, there's no word on when the base will become operational.