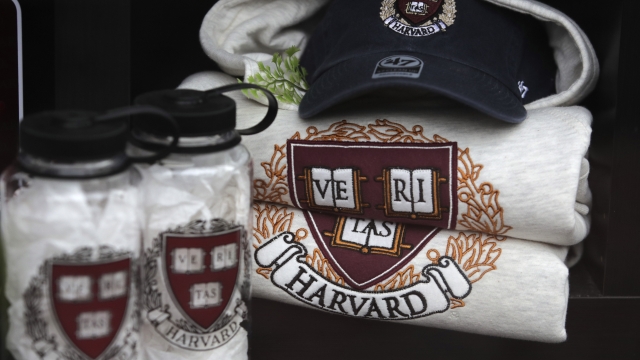 SMS
As Schools Reopen, Intelligence Officials Say China Spying Looms Large
By Sasha Ingber
By Sasha Ingber
August 5, 2020
A spate of U.S.-based researchers with hidden links to China have been arrested, charged, or indicted. And that doesn't stop with COVID-19.
SHOW TRANSCRIPT

As college campuses welcome students back for another year amid the global pandemic, and with universities leading the charge for solutions to the coronavirus crisis, there’s a new and urgent concern — about spies in school.

"Most of it is what we call the insider threat. It is the student, the scientist, the engineer, who's actually on campus doing the research and secretly sending information back to China for a shadow lab or for their production," Bill Evanina says.

Evanina, the country’s top counterintelligence official, tells Newsy China — which vows to be the world’s top superpower by 2049 — poses a threat far greater than Russia or Iran. And he’s not the only one.

"We’ve now reached the point where the FBI is opening a new China-related counterintelligence case about every 10 hours," FBI Director Chris Wray said in a speech in July.

Academic institutions are prime targets, while the U.S. intelligence community is banned from operating on school grounds. And Evanina says with universities and colleges closed, they’ve been unable to execute new plans to address the problem — while China’s efforts continue through financial distress.

"There is an ego and hubris part of this, right? Because if you are really well skilled as a researcher or a scientist, and you're not being employed, and someone else is offering you income for your brain matter, it's hard to say no to it," Evanina tells Newsy. "The Chinese government and their intelligence services will target you or manipulate you."

A spate of researchers have been swayed through talent recruitment programs like China’s Thousand Talents, wittingly and unwittingly. In a highly publicized case exposed in January, the chair of Harvard’s Department of Chemistry and Chemical Biology received U.S. government grant money while the Chinese allegedly paid him $50,000 a month to start a clandestine lab overseas.

By June, the National Institutes of Health had notified more than 87 institutions about 175 scientists found to be linked to China. An American scientist who participates in China’s Thousand Talents program told Newsy it’s wrong for researchers to hide their earnings and affiliations, but that fears of the program being a spy front are overblown — because, quote, “Trump is after China.”

Evanina thinks that’s naive — saying he was doing the same work under then-President Barack Obama. And now with COVID-19, the stakes are that much higher.

"Are you confident that research institutions, places developing covid vaccine research, are prepared enough to handle the threat of China stealing their research?" I asked Evanina.

"Absolutely not. No one in America is prepared for the intent and capability of China," he said. "If you are a scientist, an engineer, a researcher on campus, it's your sweat equity that's being stolen."