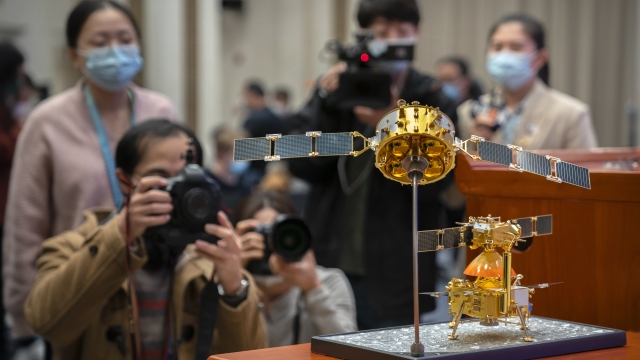 SMS
China Spacecraft Brings Back New Lunar Rock Samples
By Newsy Staff
By Newsy Staff
December 17, 2020
It's the first time lunar rock samples have been brought back to Earth in more than 40 years.
SHOW TRANSCRIPT

A Chinese spacecraft is back on Earth after a trip to the Moon and they brought something back with them: new lunar rock samples.

It's the first time in more than 40 years.

The new rocks are believed to be billions of years younger than the ones the U.S. and Russia had previously brought back.

The new samples were collected from the moon's surface and the moon's crust.