China Enters The Trade War With Reluctance — And Defiance 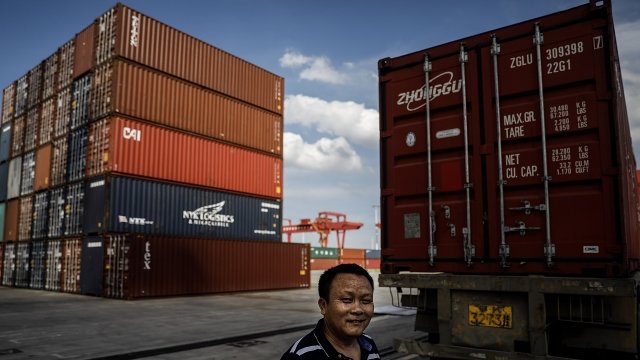 SMS
China Enters The Trade War With Reluctance — And Defiance
By Matt Picht
By Matt Picht
July 6, 2018
As the U.S.-China trade war officially gets underway, China isn't signaling readiness to back down anytime soon.
SHOW TRANSCRIPT

China is making its position on the new U.S.-China trade war quite clear: It doesn't like the idea, but if the U.S. is looking for a fight it will get one.

The two countries have each slapped tariffs on $34 billion worth of imports, and more tariffs could be on the horizon. China's economic ministry accused the U.S. of violating World Trade Organization rules and being a "trade bully," claiming China's own tariffs are just a counter-attack to U.S. trade aggression.

China's also been sounding the alarm about the potential damage a trade war will do to the global economy, emphasizing its harmful effects on ordinary consumers. Chinese Premier Li Keqiang said Friday there are ultimately no winners in a trade war.

But behind the dire warnings, China is hunkering down for the long haul. An editorial in China's state-controlled Global Times newspaper says China should endure the short-term pain and come up with a damaging response to the U.S. tariffs. 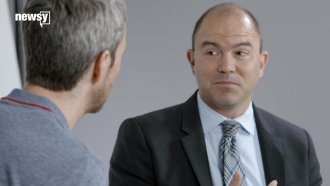 The U.S. is showing no signs of backing down either. President Trump recently suggested U.S. tariffs on China could reach $500 billion — close to the total amount U.S. actually bought from China in 2017.