China Sets Singles Day Spending Record With $1B In 8 Minutes 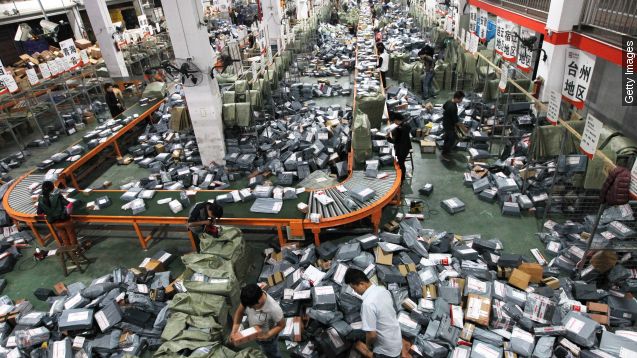 It took eight minutes for shoppers in China to blow a billion dollars during Singles Day, a holiday created by e-commerce giant Alibaba.

It took eight minutes for shoppers to blow a billion dollars buying items from China's largest online retail company, Alibaba. It was during Singles Day — the biggest online shopping event in the world.

The BBC reports that 14 hours into the event, sales on Alibaba had climbed to $10 billion. That's more than the grand total of last year's online sales on Singles Day.

To put this into perspective, the biggest online shopping day in the U.S. — Cyber Monday — only hit $2 billion in sales last year.

So what is Singles Day? Alibaba started the tradition in 2009. The company is the owner of the Singles Day brand, though other retailers also have major sales, like Black Friday, all in the name of single people buying gifts for themselves. (Video via Alizila)

According to Forbes, it's now the most profitable online sales holiday in the world, and it's only getting bigger.

And this year's Singles Day kicked off in style. Businesspeople and celebrities led a four-hour television show to celebrate the launch of the sales event. Even Daniel Craig and Kevin Spacey chimed in. (Video via Eon Productions / "Spectre")

"If I were allowed to shop in your 'Singles Day,' I wonder how cheap I could get for a new burner phone, for example, because one burner is never really enough, is it? I'd order 10 if I were you." (Video via Alizila)

But they weren't the only ones showing support for the holiday. The Chinese government also encouraged the event, as China's economy is slowing down and the country is transitioning into a more sustainable economic model.