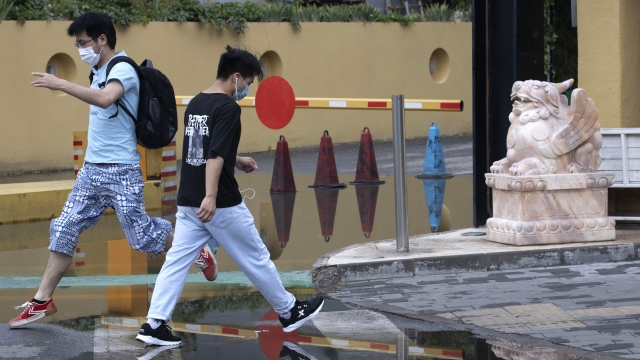 China is crediting a massive acceleration of testing for helping contain a potentially dangerous COVID-19 outbreak in Beijing.

In the city of more than 21 million people, officials say they went into "wartime emergency mode" after a sudden spike in coronavirus infections at the city's largest wholesale food market.

Officials feared the outbreak could fan through the city, just as the virus overtook Wuhan months ago. Wuhan was ultimately locked down for 11 weeks, but China drew criticism for mishandling the start of the global pandemic.

This time, more than 250 infections were reported since June 11 at the Beijing market. It was sealed off and authorities say they have since tested 8,000 employees there and at a second market.

New testing centers sprung up in public spaces, and officials said they hoped to test 19,000 people living near the markets. More than 2 million people have since been tested citywide.

Nationally, China says it's tripled its testing capacity since March and can now conduct more than 3.7 million coronavirus screenings a day.

On Thursday, Beijing reported 13 new cases. A public official said, "Beijing will not turn into a second Wuhan."