China Says Miss Canada Is Part Of 'An Evil Cult' 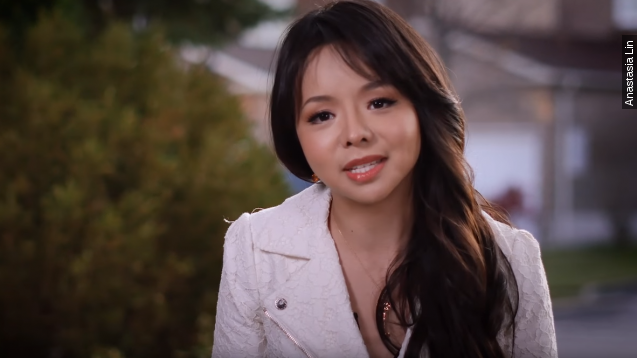 SMS
China Says Miss Canada Is Part Of 'An Evil Cult'
By Katie Link
By Katie Link
November 29, 2015
Miss Canada had a bit of trouble traveling to China to compete in the Miss World competition — the host country wouldn't let her in.
SHOW TRANSCRIPT

The 65th annual Miss World competition in China is still a few weeks away, but the contestants and the drama have already arrived. Well, minus Miss Canada Anastasia Lin. She was stopped at the airport and denied entry into China. (Video via Official Miss World)

"Freedom is our nationality, and Canadian people, we believe in the fundamental value of respect for human dignity," Lin told Radio Free Asia.

Human dignity is the crux of Lin's pageant campaign and it's what got her stopped at the airport. After immigrating to Canada with her mother as a teenager, she started following a meditative practice called Falun Gong. According to China's government, it's an "evil cult." According to Lin, it's a peaceful but persecuted practice that's dangerous to do in China. (Video via Anastasia Lin)

"The victims didn't do anything wrong. They are people of faith and morality. They are people that any country would be fortunate to have," Lin testified to the U.S. Congressional Executive Commission on China.

Well, it seems like in addition to keeping tabs on that "evil cult," the Chinese government has also been keeping tabs on Lin. She says her father, who still lives in China, was forced to sever contact with her after she won the Miss Canada crown in May. She also says she never received the necessary paperwork from the country to travel to the Miss World competition. (Video via Anastasia Lin)

"Chinese Communist Party has been using visa issues and family members in China to silence overseas Chinese, and not just overseas Chinese — journalists, academics, and in the long term no one will speak up," Lin told CTV News.

But Lin joins a list of others who have spoken up in the past. The New York Times reports actors including Harrison Ford and Richard Gere are also blacklisted after speaking out on human rights issues.

Lin told The New York Times, "When I was told I'm persona non grata, I had to look it up on Wikipedia. At first I was mad, but then I realized I've joined the ranks of such handsome men as Brad Pitt and Christian Bale. Now I realize it's a badge of honor."