China Says It Won't Participate In Nuclear Talks Between US, Russia 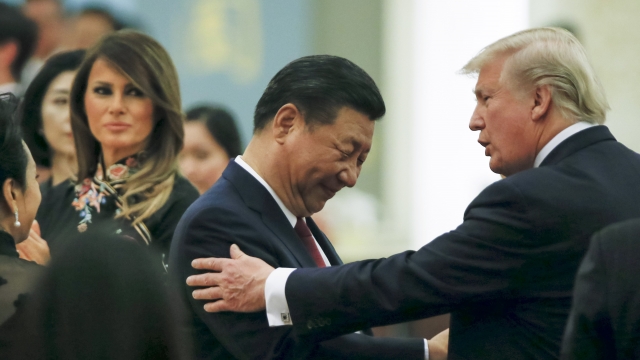 SMS
China Says It Won't Participate In Nuclear Talks Between US, Russia
By Ahmed Jawadi
By Ahmed Jawadi
May 7, 2019
A spokesperson for China's foreign ministry said the country​"will not take part in any trilateral negotiations on a nuclear disarmament agreement."
SHOW TRANSCRIPT

China will reportedly not join the U.S. and Russia in upcoming nuclear talks.

Last Friday, President Donald Trump said the topic of a nuclear deal with Russia came up during his phone call with Russian President Vladimir Putin. He said they discussed bringing China into the talks, and that China was enthusiastic about the idea.

But on Monday, a spokesperson for China's foreign ministry said "China opposes any country talking out of turn about China on the issue of arms control, and will not take part in any trilateral negotiations on a nuclear disarmament agreement." He added that China shouldn't be compared to the U.S. and Russia on the issue, as the country has always supported measures to get rid of nuclear weapons.

According to the nonprofit group Nuclear Threat Initiative, China has a little less than 300 nuclear warheads, which is far less than the thousands held by the U.S. and Russia.

Multiple White House officials told CNN that the Trump administration was considering options for a new nuclear agreement once the New Strategic Arms Reduction Treaty, or New START, expires in 2021. New START is currently the only nuclear arms reduction treaty between the U.S. and Russia, since the U.S. suspended its role in the Intermediate-Range Nuclear Forces Treaty earlier this year.