China Says It Will Retaliate If U.S. Imposes New Tariffs 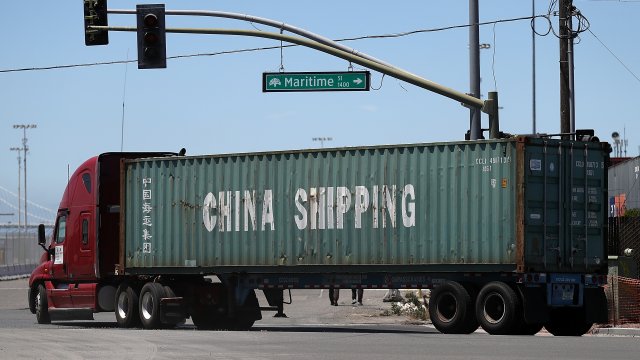 China's State Council Tariff Committee said in a statement Thursday it has to take "necessary countermeasures" in response to the planned tariffs.

China says it will retaliate if the U.S. decides to move forward with new tariffs on Chinese goods.

China's State Council Tariff Committee said in a statement Thursday it has to take "necessary countermeasures" in response to the tariffs, which would place 10 percent duties on $300 billion of Chinese goods starting Sept. 1.

Meanwhile, China's spokesperson at the foreign ministry said later the country hopes to meet the U.S. halfway on trade issues and look for "mutually acceptable solutions" through dialogue.

President Donald Trump vowed to impose the new tariffs earlier this month. But on Tuesday, the U.S. said duties on certain Chinese imports will be delayed until Dec. 15, while other items won't be tariffed at all.

Negotiators from both sides have agreed to talk again in two weeks. But experts aren't hopeful that they'll reach an agreement anytime soon. And investment bank Goldman Sachs says the ongoing trade war could even trigger a recession in the U.S.