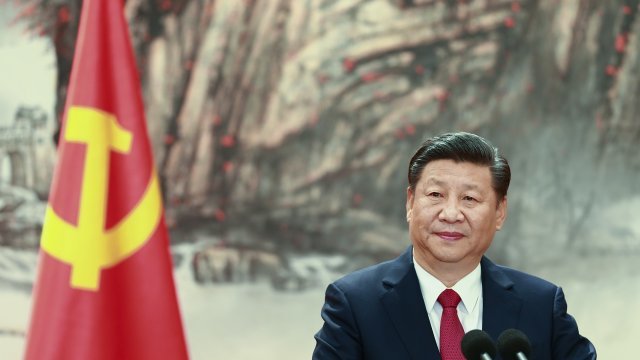 This comes after President Donald Trump imposed tariffs on imported steel and aluminum.

China is responding to recent tariffs on steel and aluminum imports imposed by President Donald Trump on Thursday.

China's commerce minister said Sunday: "China does not want a trade war, nor will it actively initiate a trade war. However, we are capable of handling any challenge, and we resolutely defend the interest of the country and the people."

China's response came after a Bloomberg reporter asked if the country would consider retaliatory behavior following the tariffs.

Trump said in February that China is "killing us in trade."

China has threatened to retaliate against increased trade barriers in the past but has yet to announce any new measures in response to Trump's tariffs.