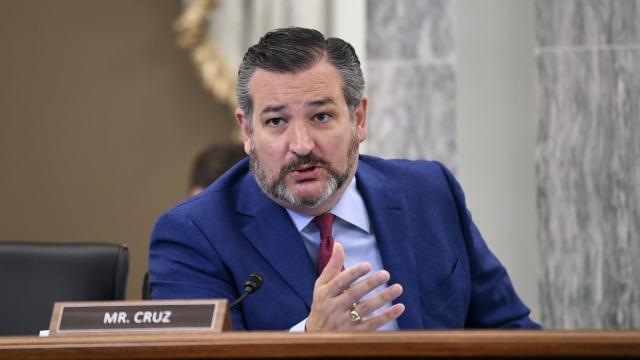 China has announced retaliatory sanctions against 11 Americans in the latest sign of increasing tensions between the two world powers.

Just days ago, the U.S. imposed sanctions against 11 officials in China for undermining Hong Kong's autonomy and restricted freedoms.

China says it's imposing the unspecified sanctions on 11 American lawmakers and foreign policy experts in response to what it called "the mistaken behavior of the U.S" on Hong Kong-related issues.

Included in the sanctions are Senators Marco Rubio and Ted Cruz as well as the head of New York-based Human Rights Watch organization.

China and the U.S. have engaged in tit-for-tat sanctions as of late.

Last month, the U.S. imposed travel bans and froze assets of some Chinese politicians over the mass surveillance and detention of Uighurs and other Muslim groups in the western Xinjiang region.

In response, China imposed retaliatory trade sanctions on Rubio and Cruz for being critical of the country.