China's Second Space Lab Is Going To Fall To Earth 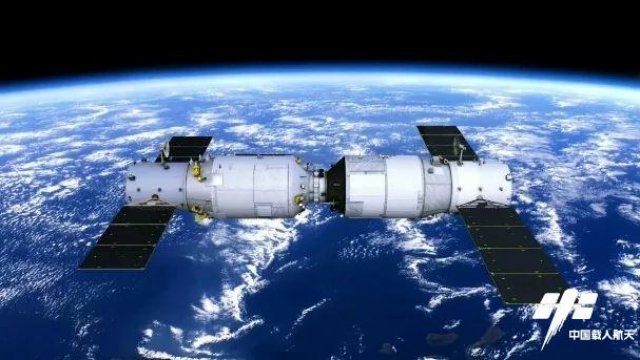 China's Tiangong-2 space lab has completed its two-year mission and will fall to Earth next year.

The space lab completed 14 projects while in orbit. It was part of China's longest-ever manned space mission, when a spacecraft carrying two astronauts docked with the lab for 30 days in 2016.

The country's first space lab made news earlier this year when it plummeted to Earth in an uncontrolled descent. Most of the lab burned up when it re-entered the atmosphere, but whatever didn't, landed in the Pacific Ocean.

Scientists lost communication with the lab in 2016. So while they could estimate, they didn't know exactly when or where the station would re-enter Earth's atmosphere.

China's space agency says Tiangong-2 will remain in orbit until it falls to Earth next July in a controlled de-orbiting.