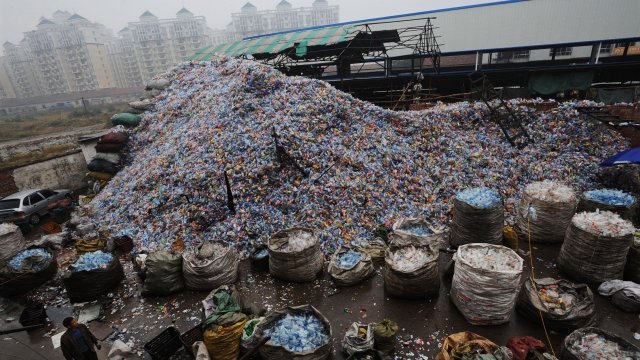 SMS
China's Refusal To Take In US Trash Is Creating A Garbage Problem
By Tyler Adkisson
By Tyler Adkisson
May 2, 2018
China's ban on importing certain types of solid waste has the U.S. scrambling to find a long-term solution for its growing trash problem.
SHOW TRANSCRIPT

For years, China was the dumping ground for more than half the world's trash, importing as much as 47 million tons in 2015. But China has stopped taking in a majority of that trash, and it's causing problems for the U.S.

China first started buying up garbage during the 1980s to create recycling and waste processing industries to boost its economy. It would collect other countries' scrap paper, metal and plastics and use them to make new goods that could be exported. In 2016, the U.S. sent about half of all its recycling to China — about 17 million tons worth $5.5 billion. 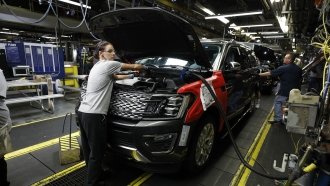 China Retaliates Against The US With Even More Tariffs

But dealing with all that junk caused drastic environmental problems for China, and in an effort to curb pollution, it announced it would no longer accept 56 types of solid waste. In the short term, that's led American trash companies to export to other south Asian countries. But they can't take in as much trash as China, and they pay much less for it.

That's caused financial problems in the U.S. The CEO of Waste Management told Bloomberg that since China put bans in place at the start of the first quarter this year, the company lost $45 million on its recycling business. Another disposal company in Virginia said it used to be able to sell paper to China for $150 a ton, but since the ban, it's been sending it to India — and getting only $13 a ton.

What's more, the U.S. and other Western countries don't seem to have long-term solutions to the problem, which is leading to massive pileups of garbage. Waste Management's CEO said while it used to send about 75 percent of its cardboard to China, it's only exporting about 2 or 3 percent now.